This film blew me away. It confirms, without a doubt, what many have insisted for years now: That the business of cancer is a criminal, money-motivated mega-industry, making unprecedented amounts of money each year in the name of "ending cancer". 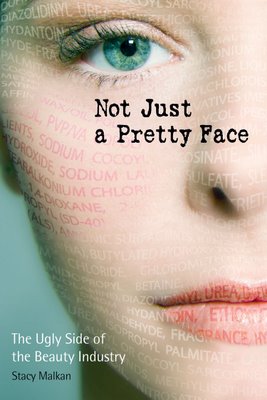 Here are some interesting things we found out about Cancer Inc. ...oops, I meant to say The National Cancer Institute:
1. The pink ribbon campaign was originally started by a woman named Charlotte Haley, who used peach coloured ribbons as a protest against the National Cancer Institute for only spending 5% of it's annual budget of $1.8 billion on cancer prevention.
2. "The co-founder and major sponsor of Breast Cancer Awareness Month is AstraZenica (formerly known as Zeneca), a British-based multinational giant that manufactures the cancer drug tamoxifen, the most widely prescribed breast cancer drug. Until 2000, the company was also a leading manufacturer of agricultural chemicals, including the carcinogenic pesticide acetochlor. When Zeneca created National Breast Cancer Awareness Month in 1985, it was owned by Imperial Chemical Industries, a multi-billion-dollar producer of pesticides, paper and plastics. The company was named in a 1990 lawsuit by the federal government for allegedly dumping DDT and PCBs into the Los Angeles and Long Beach harbors. After buying up cancer clinics around the country, Zeneca merged with the Swedish pharmaceutical company Astra in 1999 to form AstraZeneca, the world's third largest drug company." (quotation from the book Not Just A Pretty Face, Not Just A Pretty Face Website)
3. Here's the vegan connection:
Pesticide authority Lewis Regenstein writes:
"Meat contains approximately 14 times more pesticides than do plant foods; dairy products 5.5 times more. Thus, by eating foods of animal origin, one ingests greatly concentrated amounts of hazardous chemicals. Analysis of various foods by the FDA shows that meat, poultry, fish, cheese and other dairy products contain levels of these pesticides more often and in greater amount than other foods." (taken from the Diet For A New America Website)
4. Nixon declared the War on Cancer back in the early 1970's. The National Cancer Institute has raised billions of dollars since then with their 'walks for cancer', 'runs for cancer', 'bike for cancer' etc. and yet cancer is a more massive epidemic than ever before.

So what we've learned here is that The National Cancer Institute has created the cancer-causing chemicals, runs the treatment centers, spends millions of dollars a year on ad campaigns to get people to "walk for the cure", which raises billions of dollars for them, they've got control over the studies, and they make a huge amount of money from the drugs they manufacture for cancer patients. A perfect full circle. Do you think they really want to find a 'cure' for cancer and get rid of this massive cash cow? There are some great books out there, loads of studies, articles and information on-line as well. These chemicals are in everything we eat and drink, and put on our bodies, so let's educate ourselves about what's really going on. Awareness is everything.