The Vanishing of Bees movie trailer:


The Vanishing of honey bees across the world has drawn some very serious attention from scientists and farmers, but most of us go through our day to day lives without ever thinking of the consequences of a dying population of tiny creatures that are literally responsible for delivering us 1/3 of our food.

Albert Einstein said that “If the bee disappears from the surface of the earth, man would have no more than four years to live. No more bees, no more pollination … no more men!”

We should all be very concerned. This should be top story and top priority, outlawing pesticides and genetically modified food until we have solid evidence that it is not the problem. Instead, we are guessing that it probably has something to do with it, but we don't really know, and we have billions of dollars invested in these chemicals, so let's just wait it out... 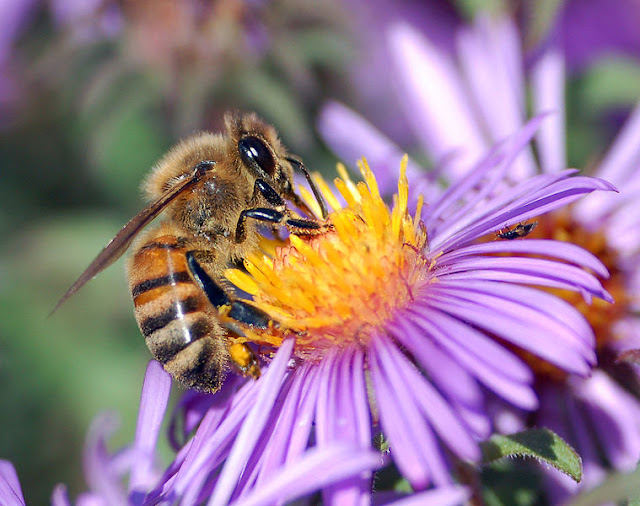 Honey bee colonies can be vibrant one minute, and completely decimated withing 3 hours. In the trailer a bee keeper said that when one colony died in the past, another would take over and move in, but now when a colony dies, the bee hive remain empty even if there are other colonies close by. They know something is wrong. 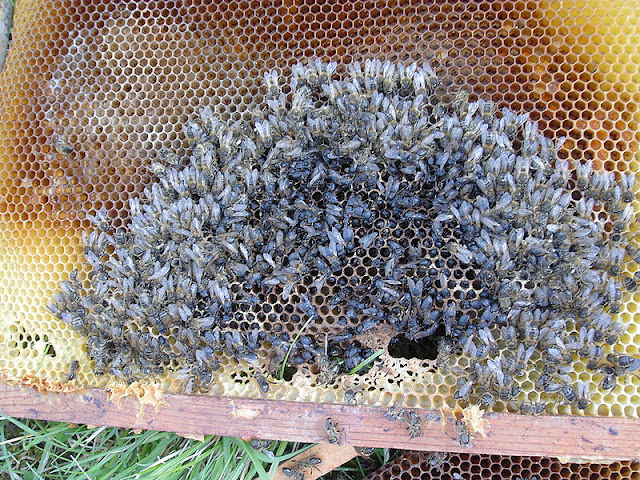 (Image of a dead honey bee colony)
Some scientists believe that the pesticides we have been spraying on our crops has somehow weakened the immune system of the honey bees, so when a normal bee disease comes up, they can no longer fight it off. For now it is a mystery, but a ton of money should be thrown at this to figure it out, with egos set aside.

Our entire food supply is hanging by a thread, and only a few giant corporations are holding onto it. That should scare us. So what can we do? Support local organic farmers by going to farmer's markets, and raise the issue with politicians by contacting them directly and signing petitions. You can also host a screening of this movie with your friends (buy the DVD for for $11.99 on their website).

I'm looking forward to the day we figure it out- hopefully that day will come sooner than later :)
xo
Lyn

Honey bees are getting extremely fragile here in Europe. Currently I live in Central Europe in a small but busy-built country.. I used to live more up North.. In childhood I met bees everywhere - in our garden (we had beehives), in fields, buzzing around all over. Now I rarely see any. Sometimes I'd find an exhausted bee on a street or terrace, that cannot even fly or move more than three steps.. I give it water and honey, and after bee gets more strenght it can fly again, but what the next day will bring to it?

If the bee disappear, we disappear. "Colonies are going down. The bees aren't dead in the box or aren't out front," says Jerry Bromenshenk, a bee researcher at the University of Montana. "They've just disappeared. Just vanished."

I am going to write about this on my blog, post it in facebook. Even make my profile picture bee-related. By the way, wonderful photos at the website Enlightened Bugs! stunning!

I wish i can later on in my life have a huuuuge semi-wild garden, adopt beehive, create bee sancturary, save the bees! They are disappearing.. Couple bees found out a hole in our terrace railing (we live on the third floor) and I was so glad of such a cute and fantastic neighbours! They buzzed every day, creating home and working, and all seemed fine, but then, one day - they were gone. Just gone. Like, in an instant. I don't understand :(