Dr. Will Tuttle on his book The World Peace Diet:

The World Peace Diet is a best-selling book by Dr. Will Tuttle, about what needs to happen globally in order to evolve as a civilization. Animal slaughter happens daily, and on a massive scale- I always say that it's grander and more evil than genocide because we keep reproducing them for continued slaughter over and over again. The absolute principle teachings from every corner of this world, whether spiritual in nature, religious, or simply human, say that we must treat others how we would like to be treated. 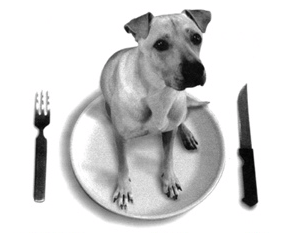 We raise our children to accept certain hypocrisies and think that it will have no consequence. If a child hurts a family pet, or actually kills the animal, we send him/her for psychological testing and counseling- we worry that it might lead to other violent acts in the future... but that same evening we hand them a plate of meat (dead animal) to eat for dinner.

Many scholars in the past and present insist that until we behave peacefully towards all beings around us, including animals (and the planet itself), we will never find peace within ourselves. This is because deep down inside we know for a fact that it's a violent act to kill and destroy. We may be able to push it out of our minds so we can enjoy what we are putting in our mouths, but our subconscious minds know the truth.

People will say "Well I don't kill animals", but they do. They participate willingly by going to the supermarket and handing over their money in exchange for a plastic-wrapped piece of meat from the grocery store. If no one was buying it there wouldn't be giant factories filled with people hired to cut the throats, skin and dismember cows, pigs, chickens and lams.

I'm usually not this graphic in my writings, but it amazes me that most of us have not evolved in the slightest way. Inventing faster computers, cell phones and other gadgets has nothing to do with evolution. It's external. We evolve by finding peace from inside ourselves, and spreading it outward to others. Simple. We become better people.

I'm going to stop pandering to people who say "my doctor said I need to eat meat and dairy", or "I tried it but I felt so weak and I got sick", or  my favourite, "I'm the wrong blood type to eat a plant-based diet".

Absolutely everyone can thrive on a plant-based diet- period. If your doctor told you to eat meat and drink milk to be healthy, get another doctor who is actually educated in plant-based nutrition. If you got sick or felt weak from trying a vegan diet you either weren't doing it right and/or you were going through a detoxification process. And the whole blood type thing is bullshit. Ask for a show of hands at a vegan potluck.

It's time.  Do it for your health, the planet, the animals- whatever. I have so much faith in our potential.


Thank you again to all of you who are trying to find that peace.  It means so much to us.