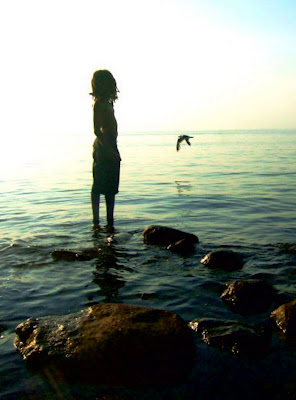 I'm sorry for not posting regularly these days. I've been going through a bit of a hard time with my arm broken and I have lessons to learn that have not fully come yet, as it still hurts so much after two months.

I can't sleep at all and I'm allergic to the heavy duty pain killers so I have been taking over the counter kinds and sleeping pills on top of that. I decided a couple of days ago that this is so against what I stand for that I am no longer taking any of the aforementioned. Some people say they don't feel much pain at all when they've broken a bone (after the initial break), and still others say it takes them a really long time to heal even though they eat incredible food and don't smoke etc...

I think it's taking me so long because 1. I can't get the accident out of my head. It just replays over and over and I can't even look at cyclists anymore. I can't walk on the sidewalk without thinking someone will swing open their car door on me. I'm slightly going crazy and it sucks (if I'm being honest); and
2. I haven't been able to wrap my mind around the fact that bones do heal themselves. I've never broken anything before and it just seems impossible to me that it will be perfect again.

This morning I looked outside to see a girl laying in the middle of the streetcar tracks with an ambulance at her side because she was slammed by another car door! It was directly in front of my building and I couldn't even look.

And last night I was on my way home from meditation and 20 yards away I saw someone get hit by a car. Apparently this person laid down on the street for some reason, but the truth is that cars are deadly. They kill and hurt people every day.

I really wish I had the power to make everyone do the right thing- get out of their damned cars and get some exercise by riding bikes everywhere- the cars would be for the outskirts of major city centers and everyone would breathe better (not to mention look and feel better).

Here is a really clear video that show Bryant hitting the cyclist with intention to cause harm (the high profile case here in Toronto involving a former Attorney General guilty of hit and run causing death). The media had this tape and only showed the second before the hit, blaming the cyclist. This is unbelievable! I just found it now:


I know this old photo of Josh has nothing to do with this post except that it makes me happy to look at. We were camping on Lake Eire and had a wonderful time.